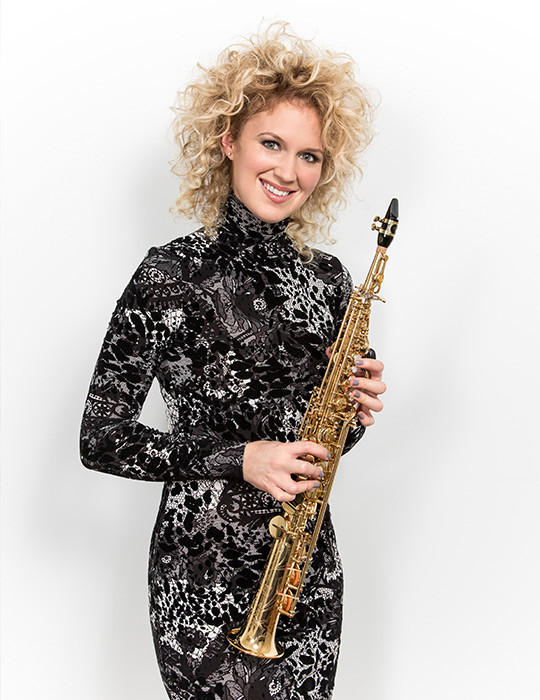 Hailed by The Times as ‘a superb young saxophonist’, Hannah Marcinowicz made her Wigmore Hall debut in 2008. Since then, she has performed as a soloist at venues including the Royal Albert Hall, Royal Festival Hall, Queen Elizabeth Hall and Barbican Centre to great critical acclaim.

Hannah frequently records for film, television and radio. She is featured as a soloist on the soundtrack for the United Arab Emirates Pavilion at the Milan World Expo in 2015. Hannah is currently collaborating on a solo album project with the award-winning stage and screen composer, Jonathan Goldstein.

A former Purcell School pupil, Hannah graduated with first-class honours from the Royal Academy of Music, where she studied both saxophone and clarinet. Numerous awards, including a major scholarship from the Leverhulme Trust, enabled her to continue her conservatoire studies in Paris, with international soloist, Jean-Yves Fourmeau. She was awarded the prestigious Médaille d’Or twice.

Hannah has a profound passion for sharing her musical skills and helping educate and bring hope to people who would otherwise never be exposed to Western classical music. On a recent concert tour to India, she devoted all her spare time to working in the slums with orphaned children and trafficked women.

Always up for an adventure, Hannah recently climbed Kilimanjaro and performed at the summit, despite the lack of oxygen!